Today we entered the northern province of Canada, the Yukon. 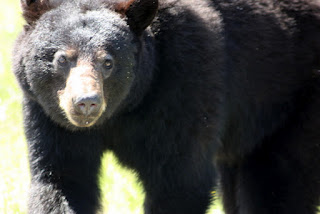 It was absolutely stunning scenery and as a bonus......we saw tons of wildlife.

In just a few miles, we saw moose, caribou, buffalo, mountain lion, and bear. It was unbelievable. It was like we were driving through a safari ride, so it made another long day in the car worth it. 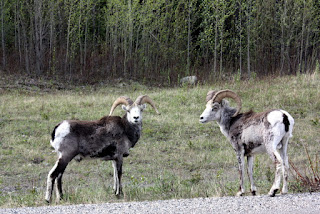 We got as far as a town called Whitehorse, got out and ate some dinner, as we decided where we were going to camp for the night. It was also a LOT colder the further we went north, so some time soon after the pizza, we decided to drive another over-nighter........let the kids sleep warm in the car, and log some miles.

We made a pit stop for coffee, and off we went. We started doing the math and it looks like we're going to try and make it by Sunday night....although it depends on how many more pictures we need to stop and take. :)

What a great welcome to see all the wildlife....just awesome!!